“The Nashik Winery is considered the wine capital of India and, according to the New York Times, is becoming a popular destination for trendsetting Indians. The Indian wine market is growing rapidly, with wine sales increasing by 12% in 2012. Wineries are boosting their production levels by 25% as the local market expands and overseas demand increases. International producers are taking note, and MAP was commissioned by Moet & Hennessey Asia Pacific to design a new sparkling white wine winery in Nashik, Maharashtra India, 200km north-east of Bombay.

The winery will produce wine from fruit grown locally in the Nashik and Pune areas, and at the completion of stage one, 150,000 cases per annum will roll off the conveyor belts. When stage two is complete, production should double to 300,000 cases per annum.

MAP has developed the master plan, architecture and interior concepts for the greenfield site. MAP’s experience designing the Domain Chandon Winery for the group in Ningxia, China, coupled with extensive research into the production of premium design, has created a plan which focuses on every element of wine production from the vines in the field to the visitor centre.

The design strategy was to capitalise on the environment, connect to culture, conceal the heavy production areas from the visitor area, and consider the construction ability of local contractors. MAP also wanted to connect the wine to the design.

The verdant environment, sunny moderate climate and high rainfall in the valley give the wine tropical notes which MAP chose to represent by using tropical architecture features in the building form. Pitched roofs were used on all buildings, popular in tropical areas as they shed higher rainfall. The pitched roof over the fermentation cellar offers shade to the upper level of the colonnade.

The building was designed to nestle below the big basalt hills of the region, complimenting their round form and the natural terrain. The building has a simple curve which sets an interesting vanishing point. Reference is made to Indian Colonial architecture through a long, wide curved colonnade verandah which is the prominent feature of the building.

The building’s colonnade follows the radius of the hill behind it, and connects the Visitor Centre to the production areas of the winey. A white cladding was chosen to present a white, clean modern appearance. Local materials were used where possible such as the terracotta tiles on the roof.
MAP deliberately designed the access road to the winery to face the basalt hills, then loop around to the rear of the building to a covered porte-cochère.

The entrance to the winery opens onto a great lawn on the north side, providing a venue for tented garden parties and, of course, the occasional game of cricket, accompanied by a refreshing glass of Nashik sparkling wine. The winery should produce its first cases of sparkling wine in 2015.” 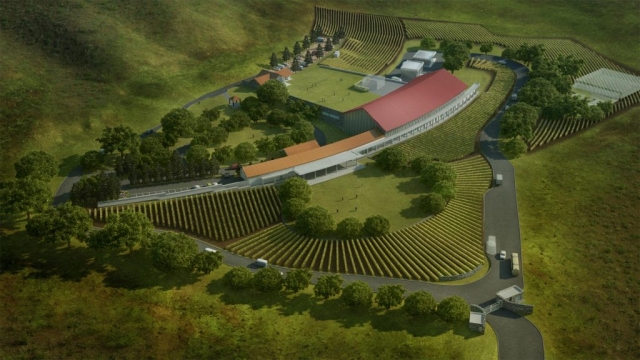 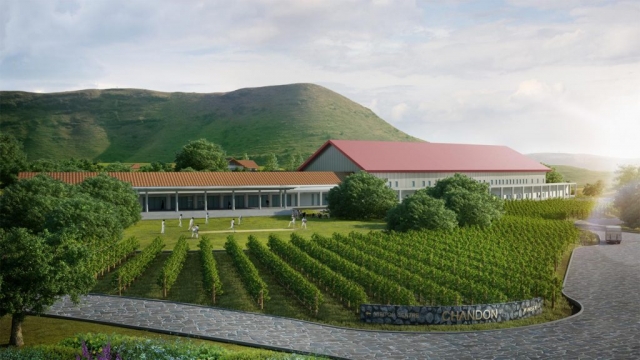 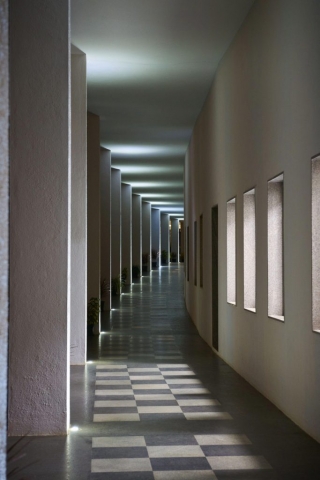 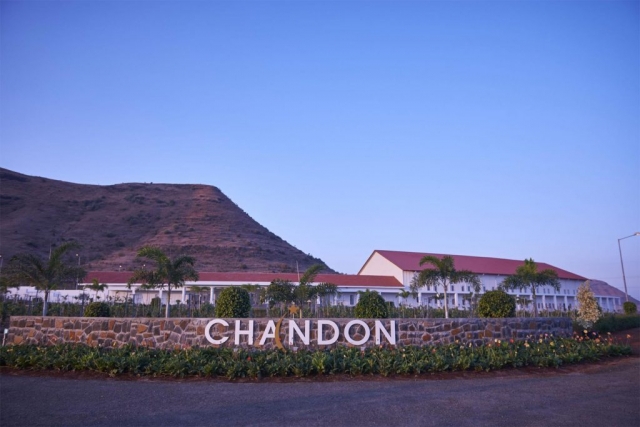 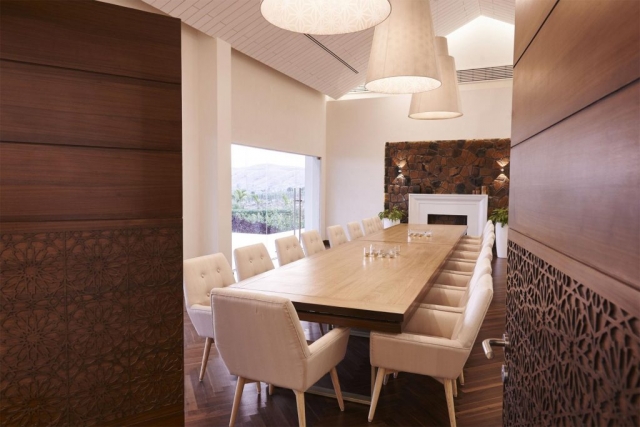 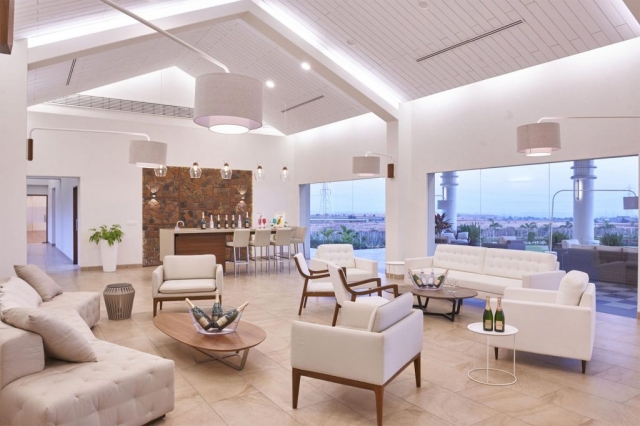 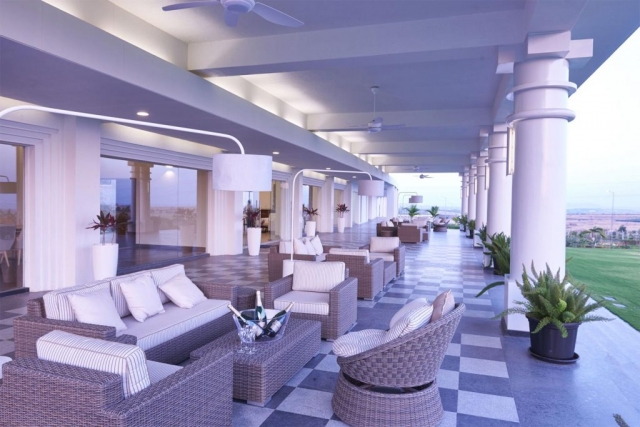 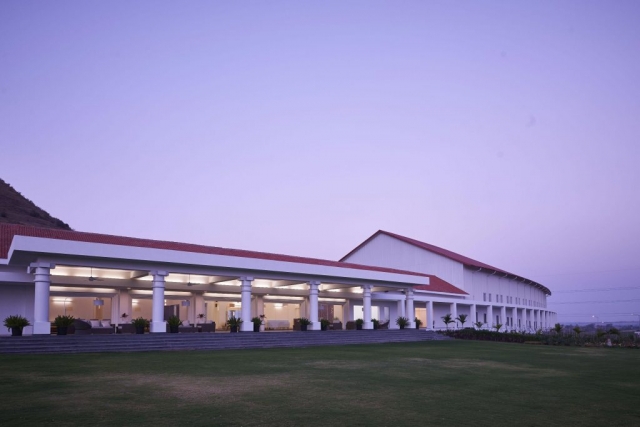 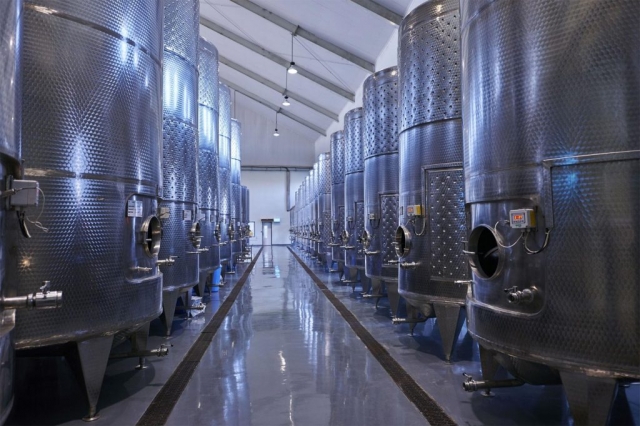 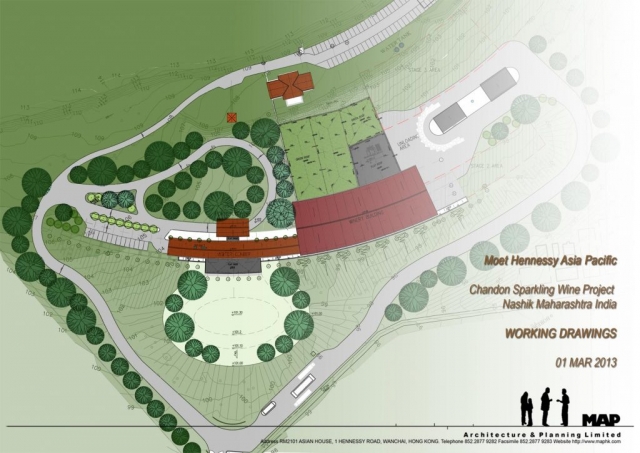