Advisory service to the developer for renewal of UNESCO listed site in China.

“Tunxi is an ancient river town visited by approximately 10 million people every year before they embark on a journey to the peak of Yellow Mountain – one of China’s most sacred sites and listed by UNESCO.

MAP was employed to assist the developer to gain development rights from local government and to conduct a site analysis and develop a master plan for the historical town.

The site follows a basic east-west orientation bounded by two features: the narrow thoroughfare of Old Street meandering along the northern boundary and the Xin’an River to the south. The Old Street dates back to the Ming Dynasty, which raised sensitive conservation issues, and led MAP to consult with Anne Warr, specialist heritage architect in Shanghai. Together it was determined only 10 houses in the site were worthy of preservation, while all the buildings along the river had been replaced by late 20th Century building without merit.

Already a destination for millions, MAP realised the site had potential to be a branded destination, and brought in a brand experience expert, Terry Waterhouse, to help determine the site’s ‘big idea’. MAP’s inspiration then drew from the Qing Ming Scroll, a Sung Dynasty scroll depicting life along the river front at the Ching Ming festival in Kaifeng by Zhang Zeduan.

MAP designed the river frontage as a promenade, with the river wall cut back into terraces to provide greater access to the river. Freshwater junks could be moored alongside on pontoons, putting on outdoor performances of the traditional ‘Tea Picking Opera’ or operating as floating restaurants or tourist vessels.

The City of Huangshan was keen to maintain the look and feel of Old Street, therefore MAP took a conservative approach. The Burra Charter on Conservation was a key reference when introducing new architectural elements. Initial proposals included shops, restaurants and smaller food & beverage outlets, some craft studios and galleries, a boutique hotel and School of Art. While the city didn’t favour any residential accommodation, MAP thought it prudent to present options for the future and included several serviced units facing south over the River.” 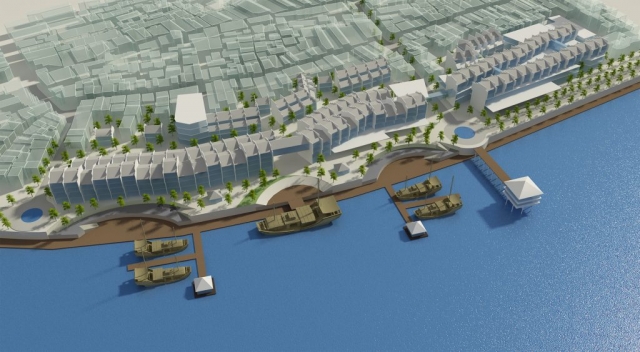 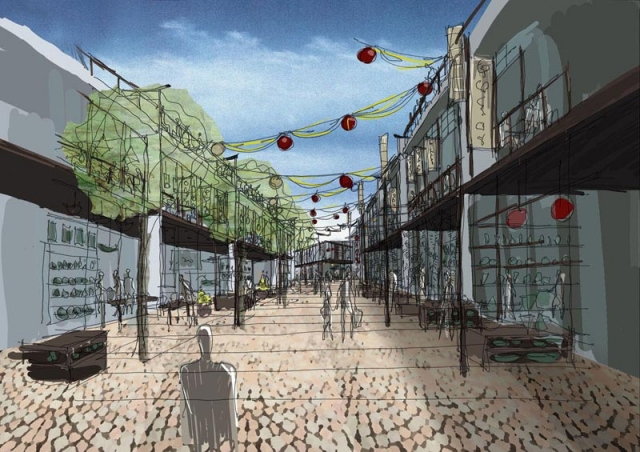 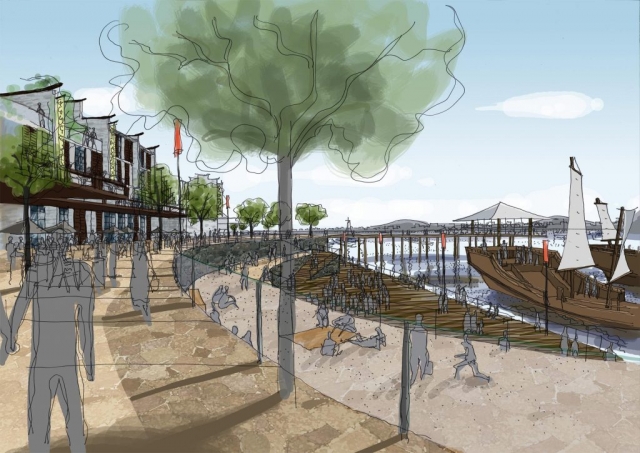